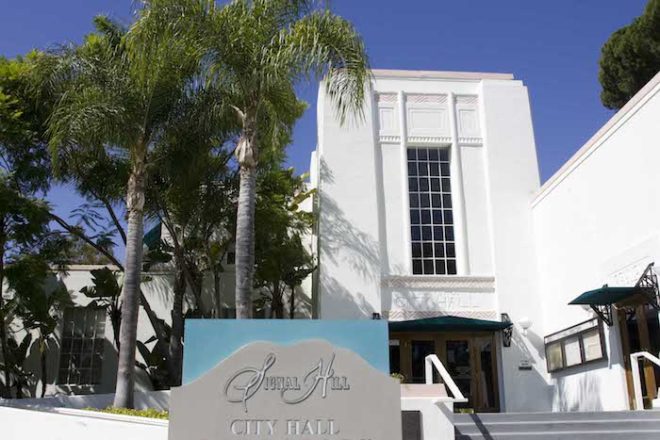 Signal Hill’s City Council election was a nail biter, but in the end it was decided by one vote. Photo: City of Signal Hill.

SIGNAL HILL — Signal Hill’s City Council election was a nail biter, but in the end it was decided by one vote.

None of the nine candidates in March 7 race for three council open seats would publicly declare victory because  262 provisional and vote-by-mail ballots had yet to be counted.

Only 11 votes separated three of the candidates: Ed Wilson, Robert Copeland and Keri Jones, one of the gay candidates who were running in the election.

But when the remaining ballots were counted Thursday, voters elected incumbents Lori Woods and Wilson as well as Copeland — who squeaked by Jones with one vote.

By law, Jones could ask for a recount, but he won’t.

“I am honored to have had the support of hundreds of my Signal Hill neighbors, and to have come so close,” Jones said in an email. “I watched the vote counting process closely, and I do not believe that a recount would change the outcome, so I will not be pursuing it. I want to congratulate Lori, Ed, and Robert and thank them for also running positive, community-focused campaigns.”

The results are still unofficial until the council certifies them at Tuesday’s meeting.

Here are the final, unofficial tallies: