For decades, the Hollywood has been both a welcoming and hostile place for LGBTQ creatives.

During the Prohibition Era of the 1920s and ‘30s, William Haines, credited with being the first openly gay actor in Hollywood, enjoyed years of success in the film industry, but later abandoned acting in 1935 after refusing to deny being gay.

For example, from 1930 to 1968, the major film studios had to follow the Hays Code, a set or moral guidelines that, among other things, that forbid same-sex love or physical intimacy. As a result, many directors and actors implemented coded depictions or language of LGBTQ themes or topics.

In an interview with Q Voice News, Karger discusses Hollywood’s gay and lesbian history, the selected movies and the Hays Code. Here are some excerpts.

On how the films were selected

“All credit goes to the programmers at Turner Classic Movies. They are the people who decided which films we were going to show. William and I will discuss these films, and with each film we focus on that gay actor, filmmaker or writer and give context about him or her and their importance to the film industry,” Karger said.

On the movies that will be shown

“I knew ‘Cat on a Hot Tin Roof’ and ‘Suddenly Last Summer’ and ‘Rebel Without a Cause,’ but there were some I was not familiar with notably ‘Just a Gigolo’ that we aired this past Thursday. I was so taken by the actor William Haines. I found him so charming and likeable and to find out he was openly gay was just remarkable,” Karger said.

“ ‘The Loved One’ from the 1960s is so gay. It’s based on a book by Evelyn Waugh, who was gay. Christopher Isherwood wrote the screenplay, and he was gay,” Karger said. “There are cameos by Liberace and Tab Hunter. It’s a strange, bizarre movie. It very rarely gets shown. it’s kind of this underground 1960s film. Classic film fanatics will enjoy getting a chance to see that.”

On Hollywood’s gay and lesbian history

“I was extremely surprised how many prominent actors and directors who were working in the 1930s and 40s were gay and were living authentic lives — even in that time — and their homsexuality was widely known in the film industry, and it didn’t really hamper or hinder their careers at all,” Karger said.

On how the Hays Code impacted movies

“In so many ways, film took steps backwards. Characters couldn’t be anywhere near gay or sexualized in any way. The movies from the ‘30s that we show have much more frank sexual content than the movies from the ‘50s. That was very eye-opening for me.”

On how the film industry represents the LGBTQ community 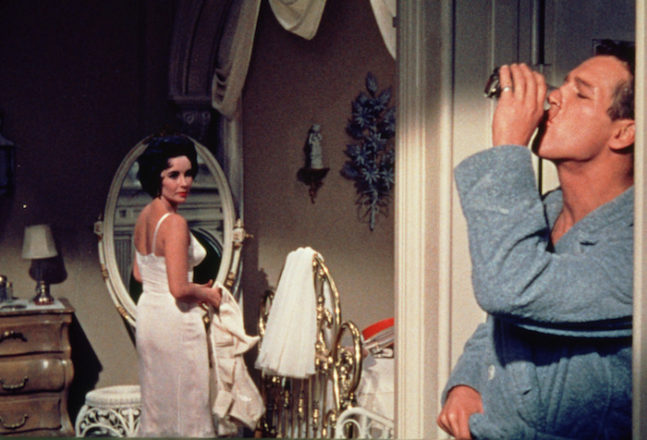