This artist rendition shows the proposed makeover Club Ripples could get with a new owner. Photo: Ultra Unit Architecture Studio.

LONG BEACH — The owners of Club Ripples have found a potential buyer who would convert the historic gay nightclub into a gastropub, but it’s unclear if the queer community will lose another safe space.

In April, Paradise Bar and Restaurant — a landmark and iconic Broadway spot for the LGBTQ community — closed. The space has re-opened as a skater bar.

Club Ripples’ owners Larry Hebert, 66, and John Garcia, 73, have been trying to lease or sell the landmark, 7,500-square-foot gay bar and adjoining liquor store for several years. Hebert and Garcia, who have been a couple more than 43 years, have owned the gay club — Long Beach’s first gay dance club — since 1980.

The bar, which opened under the name Ripples in 1972, sits at the corner of Ocean Boulevard and Granada Avenue with a panoramic view of the beach.

A potential buyer is interested in purchasing the $3.5 million space, which includes the property and all permits and licenses associated with both businesses, said real estate agent Martin Porter, who has been working with the potential buyer.

“A gastropub opportunity would take over the nightclub,” he said. “The liquor store would continue operating.”

But, Porter said, “It’s not a done deal until papers have been signed.”

It’s unclear if the proposed gastropub would cater to the queer community. But Marie Cartier, a senior lecturer in gender and women’s studies at Cal State Northridge and film and media studies at UC Irvine, said a queer restaurant is needed for Long Beach.

“It’s one thing to go out for a drink.  To go to a gay restaurant and have a meal, that’s a sophisticated thing to do,” Cartier said. “It’s different than a gay friendly restaurant. We have a  huge gay community in Long Beach. We have a huge need.”

Before making the purchase, the potential buyer wants the city to approve the proposed building modifications they would make to Club Ripples.

The remodel must maintain 50 percent of the original building, otherwise, it would have to meet current building standards, said architect Cameron Crockett, who designed the adaptive reuse.

Crockett has given the gay space a contemporary makeover that capitalizes on its beachfront and Belmont Shore location.

“The Ripples nightclub is an amazing piece of Long Beach history and iconic as an epicenter for the gay culture of past,” Crockett said. “With this immense burden, we have considered the adaption of this past into a more neighborhood connected, view oriented, extroverted, and inclusive venue.”

For example, Crockett’s facelift includes open views to the beach that connect the building with the area and help make it a neighborhood resource as a restaurant and nightclub, he said.

“The front facade is open with a dramatic ocean view,” Crockett said. “It’s extroverting the fortress like attitude of the building. In its time, Ripples was built defensively. It was appropriate for its time. The context has changed.”

But the space’s importance hasn’t changed.

“It’s a big part of Long Beach and gay history,” he said. “There’s nothing architecturally significant about the building, but it’s cultural context, what it means to people, is very significant.

“The new design needs a historical component, how to maintain Ripples history and let the legacy continue,” Crockett said.

“It’s important to keep that history because so many people don’t know it,” Cartier said. “Young queer people need to know their history.

“Gay clubs were our civil rights locations,” she said. “They were the gathering places, like black churches to black civil rights leaders.”

“We still have all the needs of why we gather there,” Cartier said. “We don’t create an identity on our own. Gay bars are where we see and meet other people. It’s where we celebrate and where we cry. Bars help us create identity.” The history of Club Ripples dates to the 1950s when it was a gay bar called Oceania that closed in 1968.

The location went through several other owners before, in 1972, a collective of gay men purchased the building and turned it into Long Beach’s first gay dance club, Ripples. The word “club” was added later.

Garcia started working at the bar in 1973.

In 1974, Garcia, who was general manager, hired Hebert to help him manage the operation. During the next six years, they purchased the bar from the original 12 owners.

For more than two decades, Club Ripples was Long Beach’s hottest gay club. It was packed on most nights, and lines were out the door and around the block.

The bar was targeted with violence, police harassment, and frequently pelted with stones and eggs.

While gay men flocked to the bar for its welcoming atmosphere, women, particularly butch lesbians, were subject to strict dress codes and often denied entry.

But as more gay bars opened in the city, increasing competition, and Garcia and Hebert clung onto their antiquated business policies (for example, no drinks on the dance floor), customers gave their gay dollars to other watering holes, and the crowds evaporated. The golden years were over. 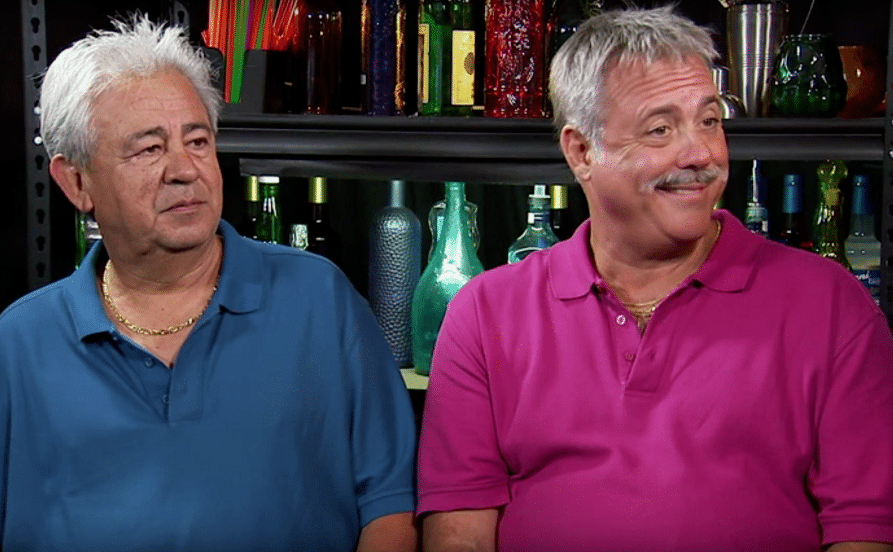 By 2011, Club Ripples was in such dire financial straits that Tabatha Coffey of the Bravo TV reality show “Tabatha Takes Over” stopped by and gave the bar a business make-over and Garcia and Hebert an attitude adjustment, especially their adversarial relationship with staff and the community.

While Hebert and Garcia had tried to blame the competition and their staff for the club’s problems and financial woes, Coffey told them their problems were the result of Hebert’s crazy club rules and poor customer service and Garcia’s penny pinching.

A few years later, Hebert and Garcia, seemed to have returned to their old ways.

While Club Ripples’ last call might be approaching and the LGBTQ community has achieved significant advances in social justice in the past four decades, Cartier said the need for queer spaces has not diminished.

“We still need places like Ripples,” she said. “I see kids everyday who are afraid to come out. We need gay accepting spaces, not gay tolerant spaces.”