A feature film about the life of legendary athlete Greg Louganis — the greatest Olympics diver in history — is in development.

The movie will explore events Louganis and journalist Eric Marcus first discussed in Louganis’ 1996 autobiography “Breaking the Surface,” which spent five weeks at No. 1 on the New York Times Best Seller list, according to a Wednesday statement announcing the film.

In “Breaking the Surface,” Louganis chronicled his winning of back-to-back double gold medals at the 1984 and 1988 Summer Olympics, and his self-doubt and lack of confidence as a gay athlete living in the closet that held him back personally and professionally. Louganis detailed domestic abuse and rape in a previous relationship as well as teenage depression.

In the book, Louganis also discussed being an HIV-positive gay man.

“I feel like I’m being accepted as a whole person now, and love that so much of this has happened in the last few years,” Louganis said in a statement. “I’m excited to have my story in development and to be made as a feature film, and I am thrilled to share my story with a new generation.”

No casting for the film has yet been announced.

Louganis, the sports director for Red Bull Cliff Diving, is expected to have a number of high-profile positions during the 2020 Summer Olympic Games in Tokyo, the statement said. 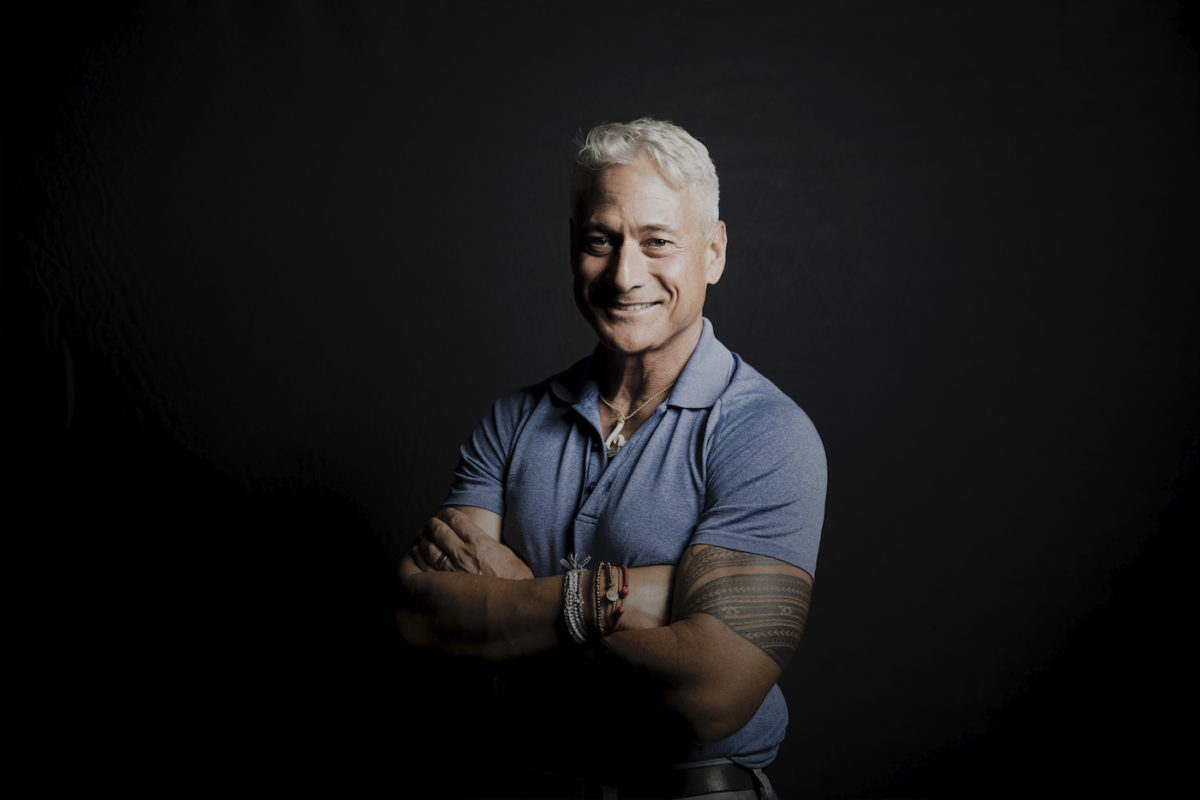 Greg Louganis is photographed during Servus TV’s Sport and Talk at the Hangar-7 in Salzburg, Austria on August 20, 2018. Photo: ServusTV / Neumayr / Leo.

A USA TV movie about “Breaking the Surface” aired in 1996 and starred Mario Lopez.

Louganis was the subject of the HBO documentary “Back on Board,” which aired in 2015.

Louganis made history and headlines at the 1988 Summer Olympics in Seoul, South Korea. Louganis struck his head on the springboard and had a concussion; however, he went on to win two gold medals.

Louganis publicly came out as gay in a pre-taped announcement shown at the opening ceremony of the 1994 Gay Games.

In 1995, Louganis announced he was HIV-positive around the time he released “Breaking the Surface.” That same year, in an interview with Barbara Walters, Louganis spoke publicly for the first time about being gay and HIV-positive.

News of the Louganis film in development follows a year-long process for Louganis to secure the rights to his own story, which was described as a “complex process,” the statement said.

Louganis and his husband, Johnny Chaillot, were married October 12, 2013.

In 2016, Louganis was pictured on boxes of Wheaties cereal, where prominent American athletes are famously featured, as part of a special “Legends” series that also included 1980s Olympians Janet Evans and Edwin Moses. This occurred approximately a year after a Change.org petition was launched that requested that he be featured, although General Mills denied any influence from the petition.

In 2017, Louganis was the grand marshal for the Rose Parade.

Wilder wrote and directed “Regarding the Case of Joan of Arc,” which was the centerpiece selection at last year’s Goa, the national film festival of India, and set for release this year.

Wilder also will his reboot of the 1970s horror movie “The Velvet Vampire.”