Billy Eichner will play Paul Lynde in an upcoming biography movie based on the life of the gay TV icon.

Eichner (“Billy on the Street”), who identifies as gay, is developing “Man in the Box” based on the actor who was the first TV personality to bring gay humor to the masses in the 1970s.

Deadline was the first publication to break the news.

Lynde, who played warlock Uncle Arthur on “Bewitched” from 1965 to 1971, was known for his Cheshire-cat grin and snarky sense of humor.

On the “Hollywood Squares” game show, Lynde sat in the center square for 10 years (1971-1981) and kept the studio audience in stitches with his gay innuendo jokes.

However, throughout his career, Lynde stayed in the closet, though he never pretended to be heterosexual. 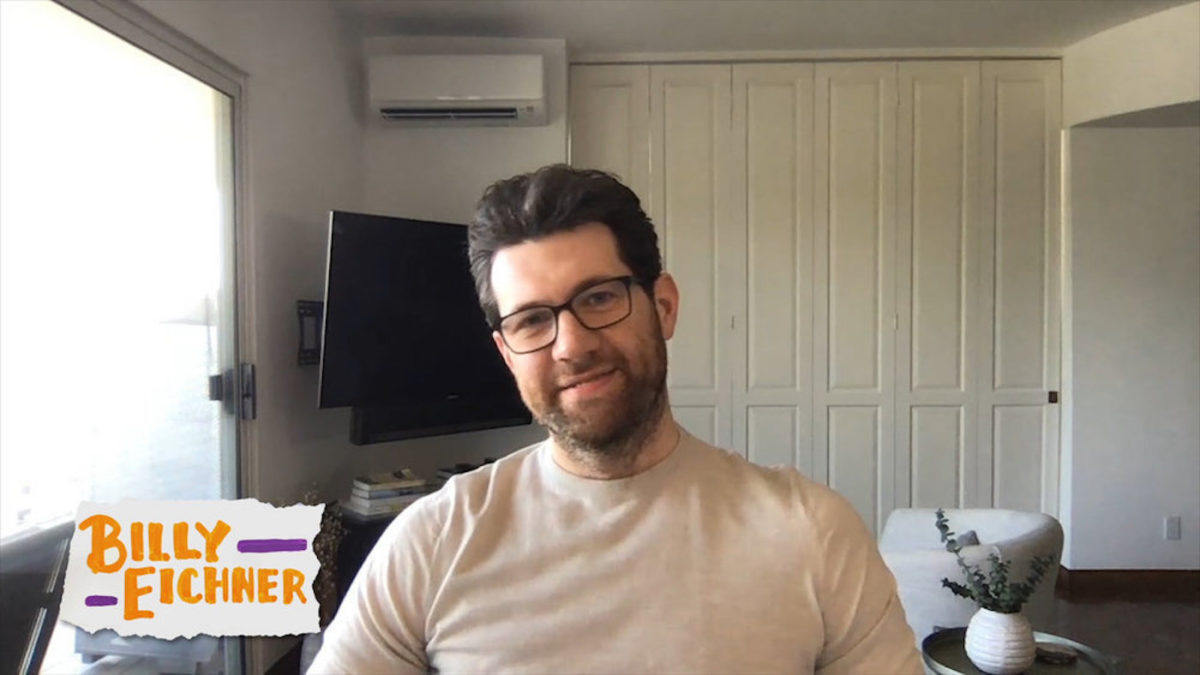 Billy Eichner appears on a May 3 episode of “Watch What Happens Live with Andy Cohen.” Photo: Bravo

In the Deadline interview, Eichner, 41, explained why he wants to play Lynde.

“One of the main reasons I want to do this is…because gay actors are never, hardly ever, I should say, allowed to play our own gay icons,” Eichner said. “Harvey Milk, Freddie Mercury, Elton John. Where are the gay actors? And it’s not to take anything away from those performances, which were all excellent. But why don’t we get to tell our own stories?”

“I don’t think there needs to be a rule, like straight actors can never play gay, but it is so lopsided. It never works in the other direction. And we’re not even allowed to play our own heroes,” Eichner said.

Gay actors should play these roles

Eichner also explained why gay actors are qualified to portray these people.

Lynde was born in Mount Vernon, Ohio, on June 13, 1926, the son of Sylvia Bell, a homemaker and Hoy Corydon Lynde, who owned and operated a meat market. He was the fifth born of six siblings.

Lynde starred in several Broadway productions before being cast as the befuddled father Harry McMacAfee in 1960’s “Bye Bye Birdie.” Lynde reprised the role in the 1963 film adaptation. That year, he recorded a live album, “Recently Released.” Lynde wrote all six tracks.

During the 1960s, Lynde appeared on numerous sitcoms, including ding “The Phil Silvers Show,” “The Patty Duke Show,” “The Munsters,” “The Flying Nun,” “Gidget,” “I Dream of Jeannie,” “F Troop,” and variety shows such as “The Ed Sullivan Show” and “The Dean Martin Show.” Paul Lynde, right, and Elizabeth Montgomery appear in a scene from the TV series “Bewitched” during the show’s fifth season in 1968-1969. Photo: The Thomas McCartney Collection.

Lynde made his debut appearance on “Bewitched” during the first-season episode “Driving is the Only Way to Fly” as Harold Harold, Samantha’s nervous driving instructor. Lynde impressed Montgomery and her husband, director-producer William Asher, who created a recurring role for Lynde as Endora’s practical-joking brother Uncle Arthur.

Lynde made 10 appearances as the beloved character. Lynde, Montgomery, and Asher were good friends and regularly socialized away from the set.

“Paul Lynde was blessed with remarkable talent. But that talent was one part of an extremely complicated human being,” said Herbie J Pilato, author of  “Twitch Upon a Star: The Bewitched Life and Career of Elizabeth Montgomery.”

For example, on camera, Lynde made people smile and laugh, but behind the camera, he could be cruel, sabotaging relationships with people, and was very lonely, Pilato said.

“It was evident at times to those on the set that Paul was a very lonely person,” Pilato said. “David White, who played Larry Tate, told me that Paul would bring his dog onto the set, and talk to him like he was a human being. When David saw that, it was clear to him that Paul did not have that many human beings as friends, mostly because he would always hurt them in some way with one too many snide remarks.”

In 1966, Lynde debuted on the fledgling game show “The Hollywood Squares.” He quickly became its iconic guest star, and eventually became the permanent “center square,” a move that guaranteed guests would call on Lynde every round.

On “The Hollywood Squares,” Lynde gained notoriety for his comedic skills, the short, salty one-liners, spoken with his signature snickering. Many jokes were thinly-veiled references him being gay.

Appearing on the game show 707 times, Lynde garnered considerable fame and wealth from the series. But Lynde also felt conflicted and disenchanted by the success. He felt the gay humor boxed him in.

Lynde’s ongoing alcoholism also took a toll on his life and prevented him from getting work. When he drank, Lynde had a pattern for being cruel and verbally abusive.

“Beyond all of his personal issues, and there were many, he was one of the most talented individuals on the planet, whose self-destructive ways and a great deal of self-hatred ultimately did him in,” Pilato said. “He was his own worst enemy. He didn’t need any more enemies to hamper his career. He did that all by himself.

“A very sad man,”  Pilato said, “who ironically brought so much joy to countless others.”