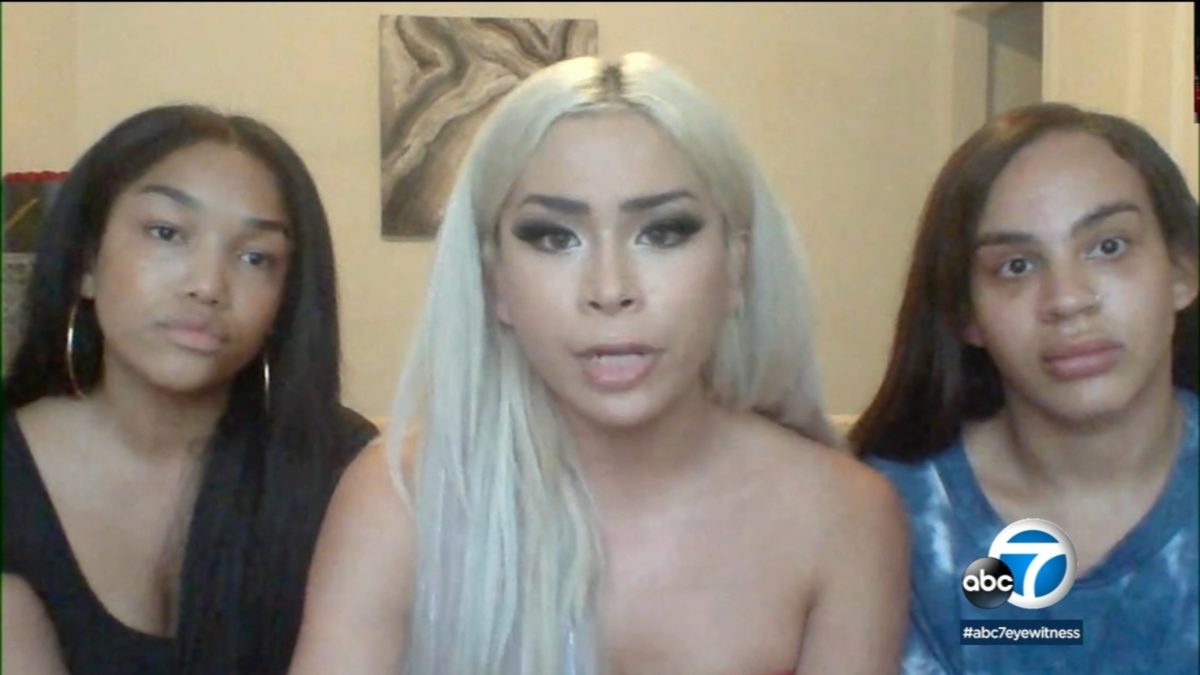 Two men are in custody and a third suspect is at large after they were captured on video assaulting and robbing three transgender women in Hollywood earlier this week, police said.

Willie Walker, 42, was arrested Wednesday in Hollywood and booked on suspicion of extortion, Eisenberg said.

The suspects were caught after police received tips from the public and social media, police said.

Officers who patrol the area recognized him “as soon as they saw the video,” Lurie said. Davion Williams, 22, is still being sought. He is accused of assault with a deadly weapon. Police did not say where he might be staying.

The victims are social media influencers: Eden Estrada, who has 430,000 Instagram followers, and Jaslene Busanet, and Joslyn Allen, who also have large followings.

Transgender women of color are among the most vulnerable people in society. Last year, at least 27 transgender or gender non-conforming people were killed in the U.S., the majority of them Black, according to the Human Rights Campaign.

The three women were viciously attacked 2:15 a.m. Monday in the 6500 block of Hollywood Boulevard. The attack was broadcast live on Instagram from bystanders who didn’t help the victims.

“What was particularly callous about these crimes was the actions of the onlookers, who are recorded and appear to celebrate the assaults rather than render aid and assist the victims,” Eisenberg said at the news conference.

The incident is being investigated as a hate crime because the assailants made “horrible, derogatory remarks” about the women’s gender identity during the attack, police have said.

*****This happened in Hollywood to these women not me and I’m sharing because I want to uplift their stories.*******

The three suspects targeted the victims as they were socializing on Hollywood Boulevard, police said.

Callway allegedly approached one of the women with a metal bar and demanded she hand over her personal belongings. The victims say their purses, cellphones, money, shoes, and jewelry were stolen, police said.

Callway also is accused of hitting another woman with a bottle and knocking her to the ground.

Videos of the attack uploaded to Instagram show bystanders watching and laughing as the victims’ plead for help.

At one point a police vehicle approaches the scene with its sirens blaring, but it passes the scene.

Police chief Michael Moore said Tuesday during a virtual Los Angeles Police Commission meeting that the unit was responding to an unrelated emergency, but the department will investigate the details.