The cause of death for actor-comedian Leslie Jordan has been released.

Jordan, 67, died Oct. 24 after he was involved in a single-car crash. His gray BMW hit a parked car and then crashed into a building at the intersection of Cahuenga Boulevard and Romaine Street at approximately 8:45 a.m. Jordan was taken to a local hospital, where he was pronounced dead.

On Thursday, the Los Angeles County Coroner listed Jordan’s cause of death as sudden cardiac dysfunction (a heart attack) and arteriosclerotic cardiovascular disease.

Sudden cardiac dysfunction occurs when the heart’s electrical system experiences a malfunction that triggers it to beat dangerously fast.

Arteriosclerotic cardiovascular disease happens when fat, cholesterol, and other substances build up in and around the artery walls and obstruct blood flow in the body. 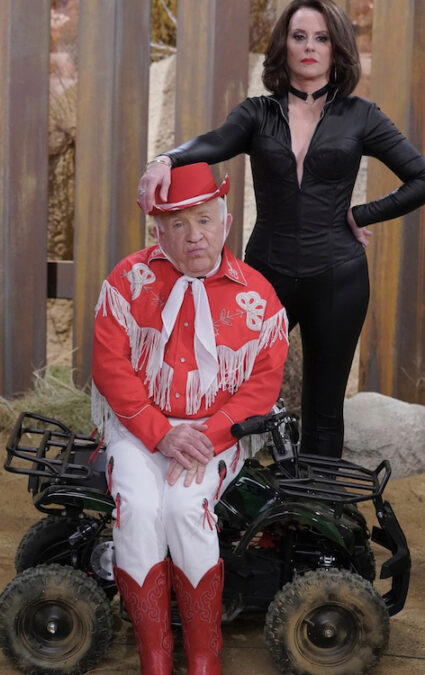 Jordan was an Emmy-winning actor, who was perhaps best known for his role as the scene stealing Beverley Leslie on “Will & Grace.”

The 4-foot 11-inch actor  won the Emmy for Outstanding Guest Actor in a Comedy Series in 2006.

The Tennessee native, who had more than 130 acting credits, also is remembered for playing Phil on the Mayim Bialik sitcom “Call Me Kat” and outrageous actor Ashley Gilbert on “American Horror Story: Roanoke.”

On the big screen, Jordan portrayed  Earl “Brother Boy” Ingram in Del Shores’ 2000 film “Sordid Lives.” He described the role as a “Tammy Wynette-obsessed drag queen who gets put in a mental hospital.”

During the COVID-19 pandemic, Jordan became a social media sensation with his hilarious Instagram videos. Jordan began many of his videos by saying, “Hello, my fellow hunker downers.”

His followers skyrocketed from approximately 80,000 to 5.8 million in a matter of months.

That same year, dropped his memoir, “How Y’all Doing? Misadventures and Mischief From a Life Well Lived.”