Openly gay artist Trey Pearson, the former frontman of the Christian rock band Everyday Sunday, released the lyric video Monday night for his new song “The Good Grief,” which explores the joy and pain he felt after coming out.

In a statement, Pearson said “The Good Grief” was inspired by friend and former megachurch pastor Rob Bell and details the grief Pearson experienced after he admitted to himself and his family that he’s gay.

“It’s the best, most freeing thing I have ever experienced… but it also hasn’t been without loss, and pain. Pain over things I had missed out on in life because I hadn’t accepted myself sooner, and pain in knowing there were people in my life that I was losing because of this,” Pearson said.

“Even so, it was the only way forward to finding true hope, freedom and living life to the fullest. There’s a beauty that came from deep within that pain, and that is called ‘The Good Grief’,” he said.

Pearson came out of the closet last year in an open letter published in the Ohio-based (614) Magazine.

Pearson said his journey of coming out – from the initial pain to eventual freedom – inspired his “Love Is Love” album.

“When I came out to myself and my family, it was a journey of accepting the pain I had from suppressing this part of myself my entire life,” Pearson said in the statement. “I had no idea what anything would look like on the other side of this grief, but I knew that I had come to a place in my life where I had to face my own truth.

“Through that time, I eventually found freedom. I was able to say out loud for the first time to someone that I was gay, and then another someone, and then another,” Pearson said. “Each time, it gave me more and more strength to get through. Eventually I started to feel deep down joy and freedom that I had never experienced in my life. This album is about that journey.” 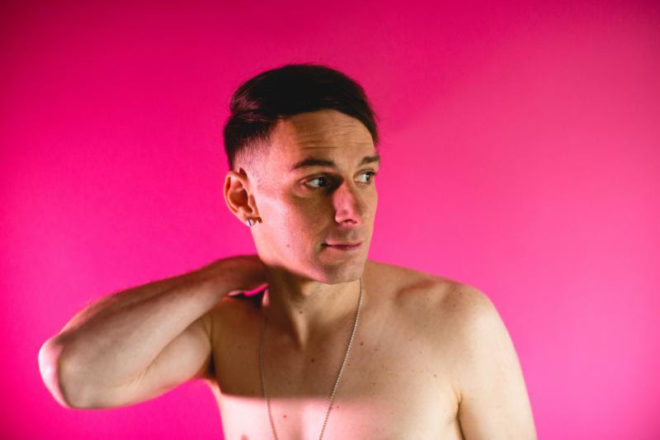 Trey Pearson, the former frontman of the Christian rock band Everyday Sunday, sings about the joy and pain of coming out on the single “The Good Grief.” Photo: Megan Leigh Barnard.