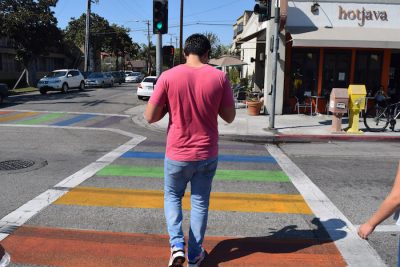 LONG BEACH – Alamitos Beach, the city’s well-known gayborhood, has rainbow flags waving at bars, restaurants and shops, and rainbows in the streets.

Rainbow crosswalks along the Broadway Corridor were painted at Broadway’s intersections with Junipero, Cherry, Falcon and Orange avenues. The crosswalks were painted in March 2015 just in time for the city’s Beach Streets Downtown event.